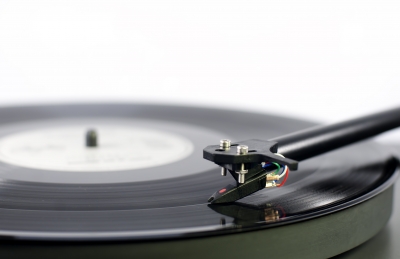 As Doug Morris moves on from his 15-year tenure at the helm of No. 1 U.S. music company, Universal Music Group, to his new job as CEO of Sony Music Entertainment,will he be able to drive the No. 2 major into the top spot?

The industry will know soon enough. Morris is scheduled to report to work July 1, and, at 72, is seen by many as a transitional leader due to his age and two-year contract. However, he is expected to make decisive moves to reshape Sony.

Under its new boss, Sony will also split up the RCA/Jive Label Group, with key staffers like Jive executive VP/GM Tom Carrabba and Jive executive VP Peter Thea-plus part of the Jive artist roster-moving to Epic. Others will shift to RCA.

In making these moves, Morris is restructuring Sony around three full-service labels: Columbia, Epic and RCA. RCA will be headed by Peter Edge, president of A&R at J/RCA Records, and RCA executive VP/GM Tom Corson.

With Reid, Sony is getting a proven hitmaker, albeit one with a reputation for spending a lot of money. And by merging key Jive staffers into Epic, Morris is killing two birds with one stone: finding a possible means of reining in Reid's spending and resolving lingering staff integration issues that have persisted since the Sony-BMG merger in 2004. Jive has always been known for operating under a policy of selling as much product as quickly as possible, while limiting spending on marketing.

Reid will report directly to Morris, effectively marking the end of the Columbia/Epic Label Group and sparking speculation about the future of Columbia/Epic chairman Rob Stringer, Columbia co-chairmen Steve Barnett and Rick Rubin, and Columbia president Ashley Newton. Still, it's unlikely that Morris will revamp Columbia, which grew U.S. market share in each of the last three years, according to Nielsen SoundScan.

While Stringer's title may change, the Columbia leadership should remain stable, with the possible exception of Rubin, whose 2007 hiring is now widely viewed as a costly mistake. Sources at Sony say Rubin hasn't been involved in running Columbia for more than a year and that he will be out when his contract expires in February.

Morris will likely encourage Columbia, Epic and RCA to create even more A&R centers, with an emphasis on growing Sony's R&B album market share, which stands at 29.4%, year to date. But Sony is likely to meet stiff competition for talent from the Lucian Grainge-helmed Universal, the urban powerhouse with 38.8% album market share. On June 21, renowned artist manager Gee Roberson (Kanye West) was named chairman of Geffen Records.

Powered by hit releases by acts like Adele, Britney Spears and Foo Fighters, Sony is already within striking distance of supplanting Universal as the top U.S. distributor, based on their respective share of sales of albums and track-equivalent albums (TEA) where 10 tracks equal an album. Year to date, Universal's market share is 29.6%, versus Sony's 29.4%, according to SoundScan.

The other wild card in the Universal/Sony rivalry is Citigroup's pending auction of EMI, now that EMI's board has confirmed it is reviewing strategic alternatives. The two largest U.S. majors are expected to be among the bidders for EMI, as is Len Blavatnik's Access Industries, which won the recent auction for Warner Music Group.

Although EMI Group CEO Roger Faxon said in a June 20 memo to EMI employees that "the greatest value is in keeping the business together," Citigroup isn't likely to rule out considering separate bids on the company's label and music publishing operations.

If Universal enters the bidding, it is expected to bid only on the label side of the business, as it did in the Warner auction. Sony, too, could return to its approach as a Warner bidder, forming a consortium with other bidders as a means of averting potential antitrust challenges.

Comment by Patti Speaks on July 17, 2011 at 10:59pm
Thanks for the info...show now that Sylvia Rhones has resigned from Universal Motown, what are the chances of her going over to Sony also Jimmy Iovine taking Interscope that way...lets wait and see... the race will be between Sony and Universal Music Group....

Comment by joseph thompson on July 15, 2011 at 10:52pm
I always liked Sony, I think it's time someone took some action to try an improve the quality of the business

Man that is great! let's get it popin sony! focus on the pop and hip hop and you will win!

These are some big moves,but I don't think that It's going to create more opportunities for new artist. They are wanting to control spending. That means they are probably not going to spend much on new artist. The proven ones will probably benefit. Now with that being said, If there are indies out there with a little change to spare, it may mean a little less competition for that next superstar. I just don't like the fact that two labels control about 60% of the market.

Comment by Sedrick Crawley on July 2, 2011 at 8:13am
We all trying to eat! Peter Thea is a friend of mine, so is barry weiss, looking forward to some big things...

The plus side is Columbia, Epic and RCA agreeing to get more Market share, which gives more opportunities for artists. Its strange that with this shakeup, that EMI is still not part of the "Big 4" and won't be back on that mountain. There better off staying with publishing