The Carolina Music Awards recognizes that without the DJ (not just in our market but DJs nationally as well) the Carolina Movement would not be possible. We wanted to take a moment to thank all DJs for what they do!!! All DJs are invited locally & nationally. Registered DJs will enjoy an evening of food,… Continue

NEED YOUR HONEST OPINION ON OUR MUSIC. STOP BY AND LETS US KNOW SOMTHIN.HOLLA

This year marks the sixth year anniversary of Jam Master Jay's Death so i decided to post a video tribute to JMJ that i made a few years ago while i was still with Hot 107.9. We had an Dr. Pepper sponsored event at the Hard Rock Cafe in downtown Atlanta where this tribute was played on the big screen and a plaque was presented to Hard Rock. I keep a copy of the plaque in my studio as well. Anyway, here it is....much respect to… Continue

I love to sk8! If you are a Midnight Rambler call in and be on my radio show! 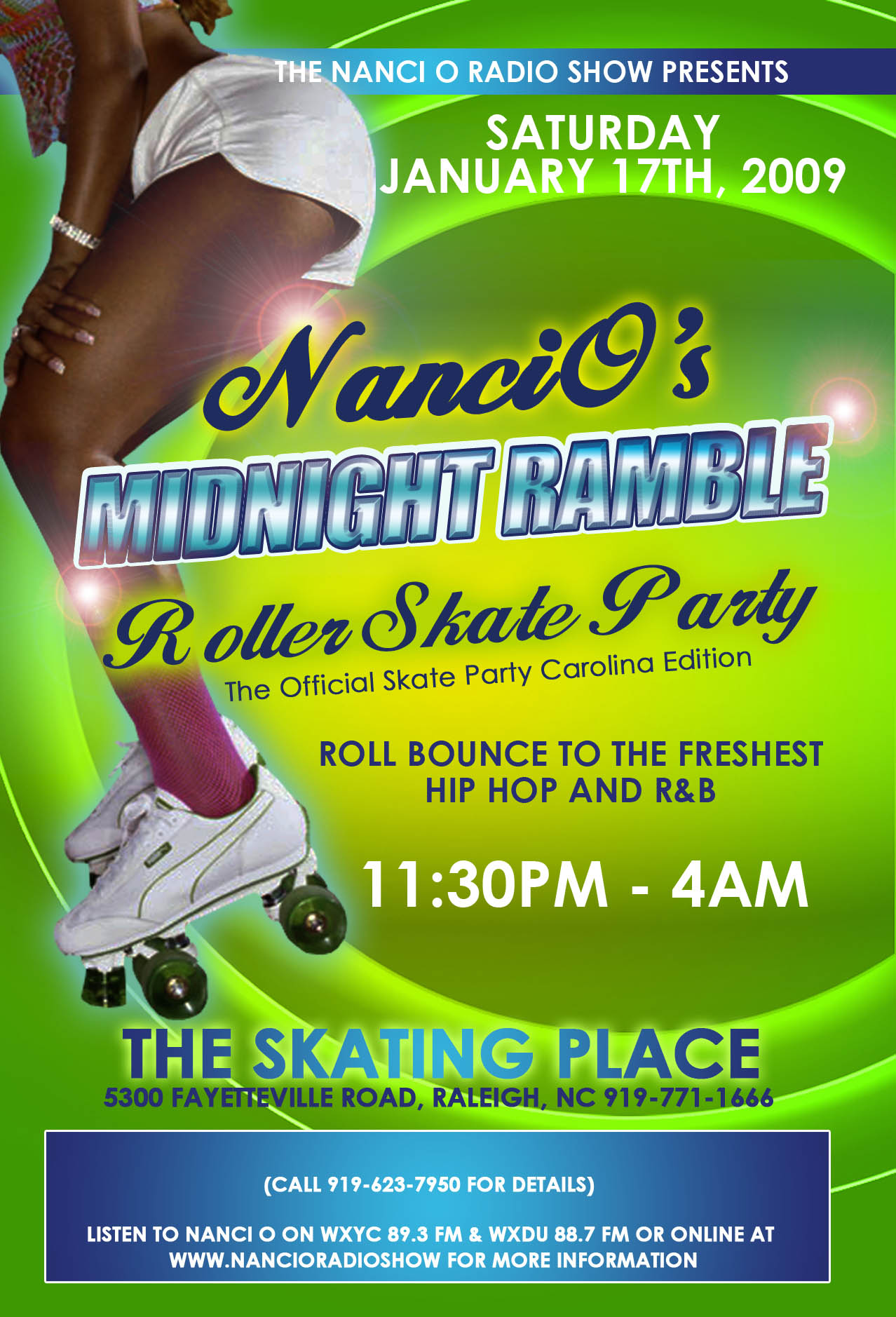 Just wanted to see how many club djs we have hear at the core,,, I was until a week ago, I helped someone grow a customer base over the last year,,, we took it from nothing to a pretty decent club,,, our problem has always been gangs,, we have a ton of em,, so security is always first and foremost,, even on our grown and sexy nights.. I cant understand why people cant go out and have a good time anymore.... We had the ladies from a local college have there after hours pajama party at the… Continue

Chicago, IL. October 15, 2007, 2:36 pm -- E-TRAIN, north side Chicago icon, dropped a couple of tracks today. You might have seen his short set right before KRS-1 last time he stopped by at The Underground in Bucktown. Check the lyrics- I haven’t heard many match his skill at verbal wordplay. And considering that he produces and mixes his own tracks himself, E-TRAIN has become a one man army. Keep an eye out for his next release, and give him a holler on his Myspace… Continue

Added by Imprecious Entertainment Services on November 28, 2008 at 9:26pm — No Comments Added by Imprecious Entertainment Services on November 28, 2008 at 7:32pm — No Comments

THE NEW GURLS ON THE BLOCK (((BUTTA CREAME))) AND THEY TAKIN OVER WITH GURL POWER!!!

Make Your Commitment To Peace...Click The Banner

Konshens- "She So Street" feat. Rane from WPGC.. What do you think??

01 She so Street Feat. Rane(2).mp3
“She so Street” feat Rane (wpgc) from my upcoming (sophomore project titled “ Konshens and his State of Mind: The Evolution” ) The release date is slated for December 20.

7 YEARS ON LIVE RADIO IN ATLANTA. . WE PUTZ IN WORK BABY WE LIVE IT ITS THE BOOMBAP

If you love the true school you will love our show. and our community. come show some respects at the ending of Hip Hop History month to the ledgens of the game. Live Atlanta Radio every week we display the love we at the boombap share for our music and culture. Tony Tone, Doctor Ice, Mix Master Ice, Sam Sneed and many more ledgens talk about the game, how its changed. what it takes , and the happs on them… Continue

What i think about the industry