"THE NEW TALK OF THE SOUTH"

Here's the latest playlist from this past Sunday nights Sugar Radio show on NE1FM, broadcast weekly in the UK, once again presented by Wayne C McDonald and LKP.

"MONEY ON MY MIND"

CANDI REDD - MONEY ON MY…

I am proud to announce the launch of a powerful information portal “The John T. Wills Chronicles” designed to be a potent source of empowering knowledge for the enhancement of community and the minds of mankind. I will be using this online information source as the new home for my blog “Thought Provoking… Continue

HOTT TRACK UP "FLYER THAN WE BE"

EVERYBODY CHECK OUT THE MUSIC THE SUPPORT IS APPRECIATED.

CHECK OUT THE NEW MIXTAPE FORM TRILLVILLE HOSTED BY DJ DON PISTOL....ALL NEW TRACKS FROM THE HOTTEST PRODUCERS!!!! ALL MY DJS NEED TO GET ON THIS...YOU WANT BE DISAPPOINTED!!! TRILLVILLE IS BACK!!!!!…

What up Core Djs

This Dj Will Money. Been doing mixtapes and djing for 10 years now. Street Anthems is the name of my mixtape series which has been hosted by national and independent artists from all over. CEO of O State Djs. Also member of Hustle Squad and X Squad Djs. Helped break many artists in the Midwest/Ohio region. Responsible for breaking Dorrough,Louisianna Cash and Charlie Boy in Cincinnati. Also looking to network with serious folks in the INDUSTRY. Check me out at twitter.com/willmoney and… Continue


"Congratulations to British singer/songwriter Gary Tipping. His ‘Promo’ video has received the Country Music Broadcasting Award for Achievement in Performance, and is in the running for 2010 Official CMB Video Awards. His songs have been favorably compared to the likes of John Lennon and Paul Simon in their composition, and his gentle emotional delivery is both honest and… URBAN RADIO WE NEED YOUR…

Juvenile Kicks Off Stripper On His Stage!

Dolla Green - Behind Blue Eyez from Brad Petty on… 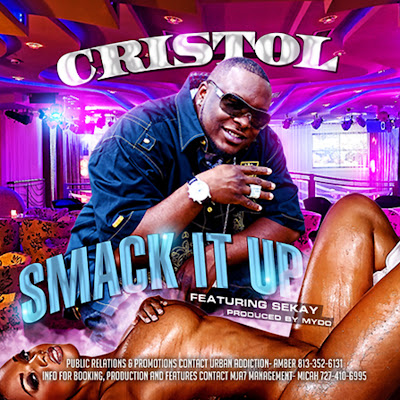